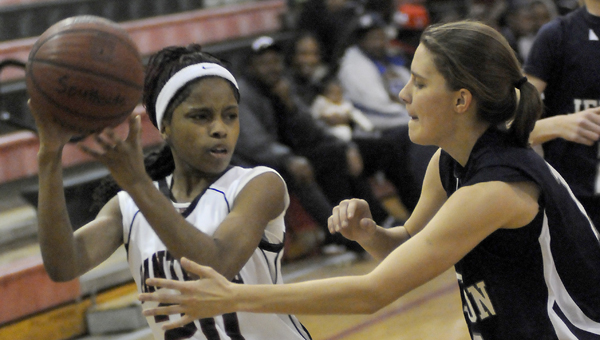 The Southside Lady Panthers defeated the Jemison Panthers 68-22 at Southside on Thursday to advance to the Class 4A Area 6 championship game.

The tournament-opening win sets up a rematch between Southside and local rival Dallas County—who the Lady Panthers defeated in both regular season meetings—on Saturday at 3 p.m. at Southside.

Jason Bothwell, head coach of Southside (15-8), said his team knows it has to be well prepared for Saturday’s matchup.

“We’re in a championship mindset and we really have a sense of urgency right now, so it’s just really, really important for us to practice hard and be very strategic in our approach,” Bothwell said.

“We know that Dallas County is a very, very noteworthy opponent and we’re just going to come in Saturday and be ready to play.”

The loss ends the season for Jemison (4-15), but it’s a season Jemison head coach Leighsa Robinson said displayed constant improvement and effort from her team.