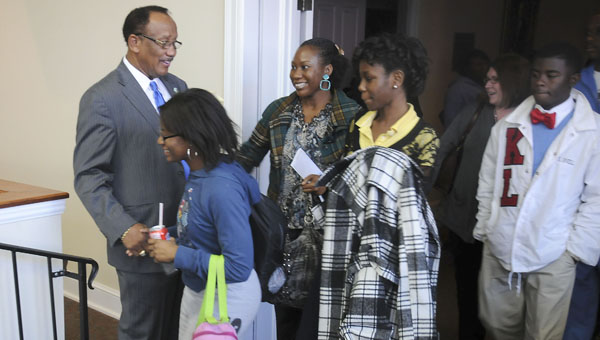 High marks in the classroom and on recent tests got some Selma students kicked out of school for two hours this week.

But, instead of disciplinary action, the students were treated to a day at the movies.

Students from CHAT Academy and Selma High School traveled to the Walton Theater for a private viewing of Red Tails as a reward for perfect attendance, achieving the honor roll and passing the high school exit exam.

Bringing the students in, theater manager Sharon Jackson said, was one of the things she had hoped to launch when the theater opened. Jackson said when she was approached by the schools, she was eager to partner.

“It was perfect timing,” she said. “We were trying to reach out to the schools, and they called us this week.”

Arthur Dower, a 1984 graduate of Selma High School, is spreading faith through his music. Dower, who currently resides in... read more