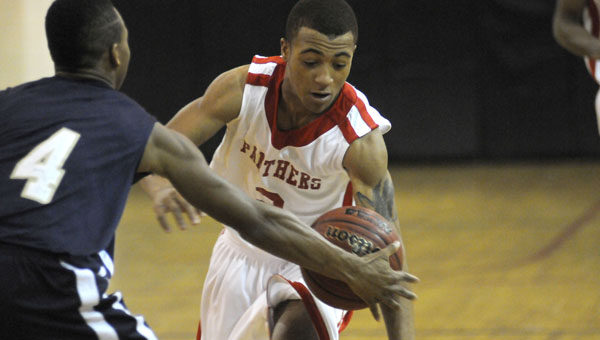 Water wasn’t the only thing falling from the sky on Friday, as it was raining threes in Southside’s dominating 106-42 win over Jemison in an area game.

“That was a win we really, truly needed,” Brown said. “Everybody got a chance to play. After Tuesday, we had two good days of practice and the guys just came out and executed. I didn’t have to do much coaching tonight. Everything we worked on in practice, they did in the game for four quarters.”

Southside got off to a hot start right out the gate, jumping out to a 22-7 lead in the first quarter that included five three pointers—three by Mario Oliver and two by Jeffery Mack.

The Panthers never trailed and took a 53-24 lead into halftime and ended the third quarter leading 86-35.

It was the same the rest of the way, as Southside hit 15 three pointers on the night including five from Oliver, four from Mack and three from Devante Richardson.

The start of the high school football season is a little ways off, but it’s never too early to start... read more