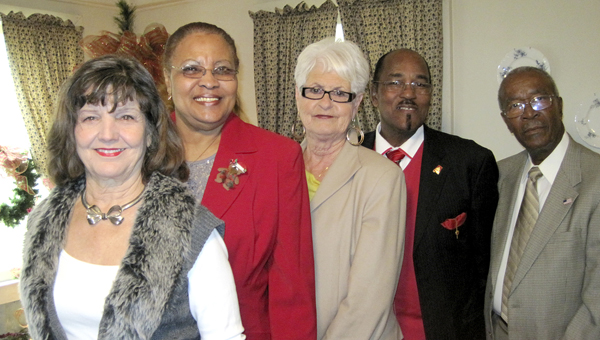 Orrville resident Rosa Honor was among the representatives of the Alabama Silver Hair Legislature attending this year’s legislative session.

By the end of the session, representatives selected five resolutions they felt related directly to the state’s senior citizens and three that covered statewide areas of concern. The group hopes these issues will be discussed during the upcoming legislative session in January.

One of the issues that gathered the most attention during the session was the topic of elder abuse. Elder abuse, Honor said, has been on the minds of many ASHL members. The resolution calls for the establishment of an interagency council for prevention of elder abuse in Alabama.

Throughout Alabama, Honor said there are seniors who are in distress.

Honor said most are members of Tom Brokaw’s “Greatest Generation” who were born into hardship, endured wars, scrimped and saved, and who finally reached a point in their lives when they felt somewhat comfortable.  The total population over the age of 65 in Alabama is 641,667 or 13.8 percent and growing.

“We are most concerned with these citizens,” Honor said.

Other topics discussed during the session included increasing the personal needs allowance of long-term care residents, expanding the Personal Choices Program conducted by the Alabama Department of Senior Services throughout Alabama, deeming crimes involving physical force or bodily harm to a senior citizen age 65 and over to be a Class A felony, and protecting seniors who pre-plan and pre-pay their funerals.

One of the three resolutions of statewide importance included a proposal urging private financial support of the Project Lifesaver program conducted by the Alabama Department of Public Safety’s Aviation Unit.

The department provides lifesaver bracelets for seniors or others prone to wandering off.

With the aide of these specialized bracelets, persons who have wandered off can be quickly located and returned to their nursing home, assisted living, or their home.

Other priority issues included creating mobile medical services to provide primary care in rural areas of Alabama and increasing fines and penalties against persons who picket and demonstrate at funerals for America’s service members.