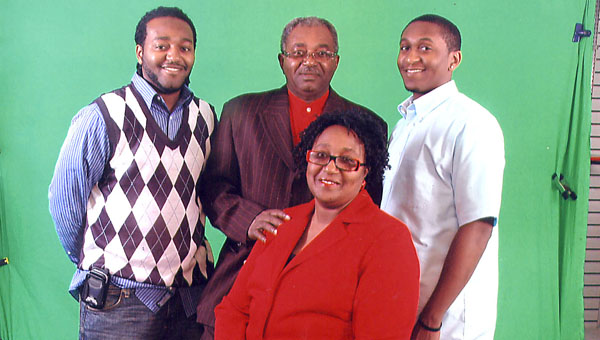 The Stonetts will hold a 41st anniversary celebration Saturday, Dec. 17 at 6 p.m. at Friendship Baptist Church, 5555 County Road 4 in Minter. There will be another celebration Sunday, Dec. 18 at the Carl Morgan Convention Center at 4 p.m. -- Special photo

Making merry melodies and heavenly harmonies has been a family tradition for the Fails for 41 years.

Consisting of husband and wife George and Margaret and children — George Jr., Sundarious, India, Mia, and Courvoisea, on keyboards, “The Stonetts” are known for their traditional gospel standards.

Margaret, also the founder of the annual Minter Christmas parade, said the group started when she and George were dating.

“We had children and we trained them and that’s how (the) group was born,” Margaret said. “The name, it just came out of my head.”

The Stonetts will hold a free anniversary concert Saturday, Dec. 17 at 6 p.m. inside Friendship Baptist Church, located at 5555 County Road 4 in Minter.

Another concert will follow on Sunday, Dec. 18 at 4 p.m. inside the Carl C. Morgan Convention Center. The cost is $12 in advance and $15 at the door.

The event will include a mime performance by K-Mime and special musical selections from The Angelic Harmonizers, The New Beginning and Mt. Ararat Chorus, The Anointing Voice of Prattville, Tim Tillman and New Generation of Montgomery and The Rising Sensation of Demopolis.

“We booked them (the groups) for this occasion.”

After 41 years of glorifying God through song, Margaret said this year is different due to the death of a family member.

“I lost my brother two weeks ago (and) we buried him … it’s so hard,” Margaret said. “He was a singer too, he had a beautiful voice.”

“We’re a close family, and first of all, we always put God first,” Margaret said.