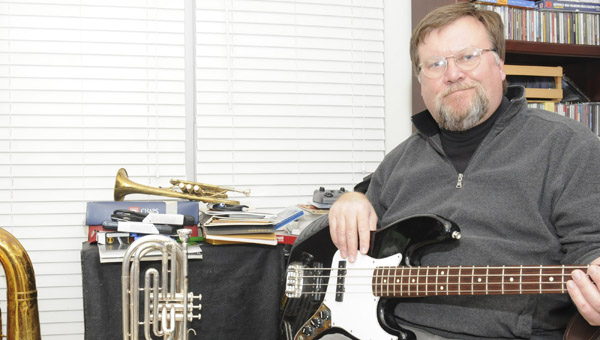 After 30 years of service to the students of Dallas County, William McDaniel will retire at the end of the school year. McDaniel served at Southside High School and Dallas County for 15 years each. -- Robert Hudson

While William McDaniel was attending high school, he always knew God would set him on the path to be an educator. Now, McDaniel prepares to leave that path after 30 years of service to the children of Dallas County.

McDaniel served as band director of Southside High School and Dallas County High School for 15 years each, and his time as an educator has delivered some very memorable moments.

“I guess some of the highlights are in the mid 80s when President Gerald Ford dedicated the performing arts center and Southside (High School) band performed the national anthem when he landed at Craig Field,” McDaniel said.

“Then at Dallas County, we were the only band selected from this county to play in the inauguration parade for (Gov.) Bob Riley’s first term. Those two are the real big ones, and then other one is a string of 29 consecutive superior ratings in marching contest, and that includes Southside and Dallas County. Those three are the big things, and all the great kids I got to teach.”

For McDaniel, the greatest gift he was afforded as a band director was working with the students and helping them learn and develop throughout an important period of their lives.

“I’ve enjoyed watching kids learn,” McDaniel said. “It’s kind of like any other thing that’s creative. If you’re working on a halftime show, from the very beginning of it the kid has no idea what’s going on, then watching them develop that and eventually taking off into competition.

“The other thing that’s unique to what I teach is that I get to teach the same kids for up to four years,” McDaniel said. “There are not any other academic subjects that get to do that. It’s been a lot of fun.”

McDaniel won’t completely leave music behind, as he’ll continue to serve in his community.

“I won’t be completely retired because I’m the minister of music at Northside Baptist Church,” McDaniel said. “I will continue in that capacity because that’s been a blessing also.”

The thing McDaniel said he’d miss the most is helping the students learn.

“I’ll miss watching a kid develop from nothing,” McDaniel said. “It’s like building something. It’s just been a rewarding experience.”