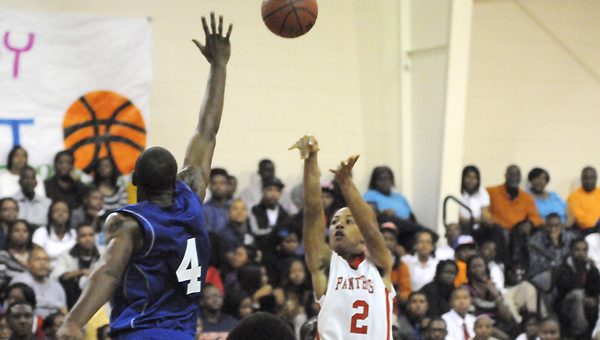 The Southside Panthers’ boys basketball team was able to hold off a late comeback attempt at home and defeat the Wilcox Central Jaguars 75-62 Friday night in the season opener for both teams.

Southside head basketball coach Cedric Brown said his team played a complete game, which was the key to victory.

The Panthers held a 52-43 lead early in the fourth quarter, but the Jaguars would make a run, as Jamichael Stallworth buried a three to bring the Jaguars within six with 6:43 remaining.

But the Panthers would go on a run of their own, as Ladarius Acoff was fouled on a fast break and converted the shot and the free throw to put the Panthers up 57-52 with about four minutes left.

With time running out, the Jaguars were hampered by turnovers and were forced to foul.

The Panthers were clutch, as Mario Oliver went 6 for 6 from the line down the stretch, and the team as a whole went 10 for 11 from the line toward the end of the quarter.

Mark Dukes, head coach of Wilcox Central, said his team just lost to a hard working opponent, and had trouble fighting back from behind.

“Congrats to coach Brown and his team because they had a great game plan and his guys played hard,” Dukes said. “We just had a bad third quarter and it’s kind of hard to fight back from behind.”

Oliver, who went 9 for 10 from the free throw line on the night, led the Panthers with 19 points, while Acoff had 16 points and Devante Richardson added 14 points for Southside.