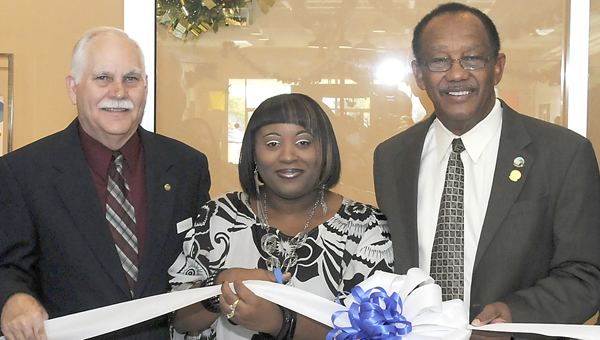 Hundreds gathered Wednesday morning to welcome a new business to the city of Selma.

Hundreds of citizens lined up and joined city leaders in celebrating the grand opening of the new Goody’s store located in the Selma Mall.

Sheryl Smedley, executive director of the Selma-Dallas County Chamber of Commerce said it’s exciting to bring Goody’s back to Selma.

“Everybody’s excited because it brings new life to the mall,” Smedley said. “It opens up more doors for more great things to happen in our community. It’s also a living testimony that Goody’s believes in Selma because they were here before and now they’re back with a new Goody’s.”

Customers who showed up for the grand opening were given Goody’s tote bags and coupon booklets as a show of gratitude for their support.

Ronny Miley, district manager of the Selma Goody’s, said he’s grateful for the support the store received on its first day back.

“It feels great,” Miley said. “I think over 300 people lined up and came in today, maybe even more. People have come out and really supported us.”

Miley said he’s happy for the support and he thinks the new Goody’s is bound for success.

“I won’t have to go to Tuscaloosa to go to Goody’s anymore.”

“Well, I’m just glad to see another store back in Selma,” Schroeder said. “I hope it will improve the economy and that we’ll just have another choice of where to go to shop.”

Selma boxers take out the trash