Selma boxers take out the trash 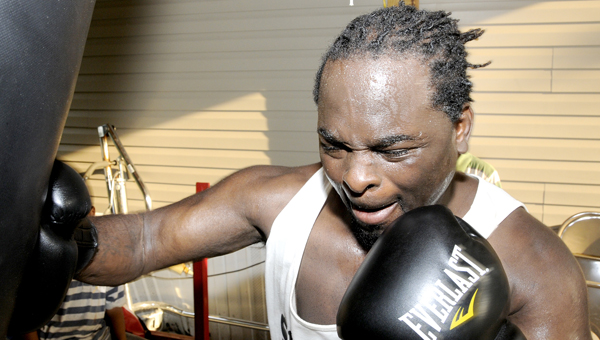 Selma boxing instructor Robert Dower is hoping the community will join him Saturday in a city-wide cleanup project. -- Robert Hudson

Selma boxing instructor Robert Dower hopes to deliver a knockout punch to some of the city’s problems by organizing a cleanup effort for Nov. 5.

Saturday, Dower said he is inviting members of the community to meet him at the 501 Plant St. gym to participate in a city-wide cleanup.

Hopefully, Dower said, there will be enough people to hit every section of Selma.

“The goal is to get enough people to go all around the city and go to each ward and pick up paper and do whatever needs to be done in those particular areas,” he said. “If we don’t have enough people, we’ll just start ward by ward. It’s all about how many people turn out.”

The plan runs deeper than simply picking up trash, Dower said. The idea is to get people accustomed to working together toward a common goal.

“Hopefully, people in the city will come out and we can work hand-in-hand,” he said. “This is for the whole community, it has nothing to do with boxing, and we just want to take the initiative to help people work together.”

Since his Books and Boxing program kicked off last summer, Dower said he has received lots of positive feedback. He also said he is seeing positive results in those who participate.

“We have a lot of different people coming in, a lot of troubled kids and other people that want to work out and get fit,” he said. “Not everybody is going to be a boxer, but this is still a good program for them. I see a lot of character being built.”

Community service projects, Dower said, are a great way to supplement the program and teach young people to have pride in their hometown. He said he hopes that same pride will bring others out to help.

“If people love their city and they want to see things cleaned up, come on out,” he said. “You can’t stop all the guns and all of those things in one day, but if we can get people together for one day and start doing things, that’s a step in the right direction.”