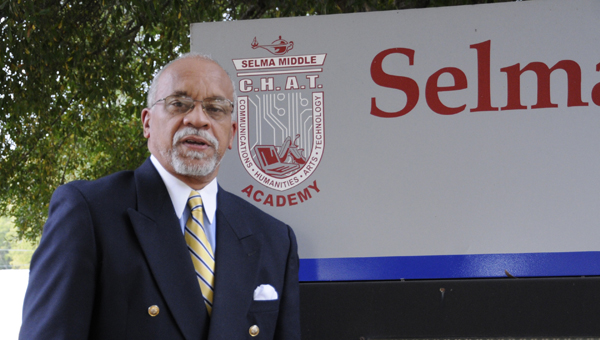 After teaching for 39 years in the Selma City School System, the Selma native will pass out assignments for one final time when he retires Monday.

Born to James and Jessie Dozier as the baby of 12, Dozier first set his sights on a medical career before pursuing teaching.

“Once in it, I never thought of getting out,” Dozier said. “Early on I always taught a lot of my peers. I had the gift of being at the top of both classes — sports and academics … I couldn’t wait seven to nine years (to be a doctor); I felt an urgency to teach (and) I knew after four years I could. I don’t regret it. I love to teach. I’ve really enjoyed the journey.”

Dozier attended high school at CHAT when it was R.B. Hudson High. Dozier said he was active in the civil rights movement and would often hear the Rev. Martin Luther King Jr. speak when King visited Selma.

“He was the greatest speaker I’ve ever listened to,” Dozier said. “We were spellbound. I was always intrigued — not just the message or delivery but (it was) his words of faith. Jesse Jackson came close to the passion Dr. King had.”

After receiving a Bachelor’s from Morris Brown College, a Master’s from Alabama State University and a Doctorate from Andersonville Seminary in Georgia, Dozier took up principal and assistant principal positions in the Selma City School system and taught in Atlanta, Indianapolis and at Concordia College-Selma.

Upon retirement, Dozier plans to do consultant work with the city school system.

Married to his wife Catherine Bell-Dozier of 38 years, the couple has four children — Bruce Jr., Cathryn, Brian and Candace.

Dozier is also an ordained pastor and has a passion for investing.

After a 10-game schedule, the Senators are using this week to get healthy before the postseason.. -- File photo By... read more