Hornets down to last shot 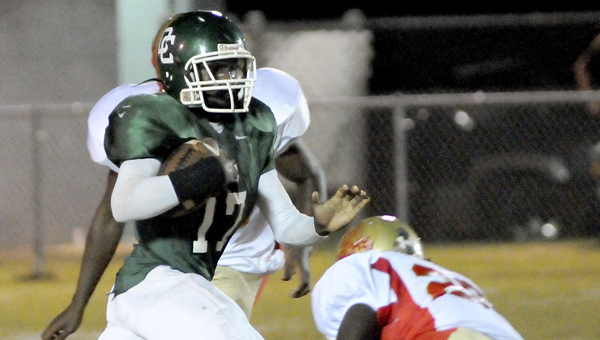 The Dallas County High School Hornets will have one more shot at scoring a win when they travel to Calera Friday night. -- File photo

The Dallas County Hornets football team will take the field Friday with a mission to end the season on a high note.

Hornets head coach Willie Moore said his team is going to try to go out and compete.

“We’re just going to go out and see if we can compete 100 percent each quarter and not worry about what’s on the scoreboard,” Moore said. “We’re at that point in the season where we’re just trying to find something positive to take over into offseason training, so that’s going to be our focus Friday night, not necessarily the final score.”

Moore said it would be a huge confidence builder if the Hornets can finish the season with a win.

“It would be a big boost of confidence for the kids,” Moore said. “Sometimes when you get a win on Friday it makes you work harder going into the next week, so it would be a very big accomplishment for us.”

Moore said Calera won’t be an easy opponent to defeat.

“The injury bug kind of hit us at a bad time,” Moore said. “What we’re focusing on this week is basically trying to figure out who we’re going to have, and make sure we can line up and have our packages in.”

The Selma High School Saints, with the playoffs out of the picture, now have to play for pride Friday night... read more