Approaching a century of service 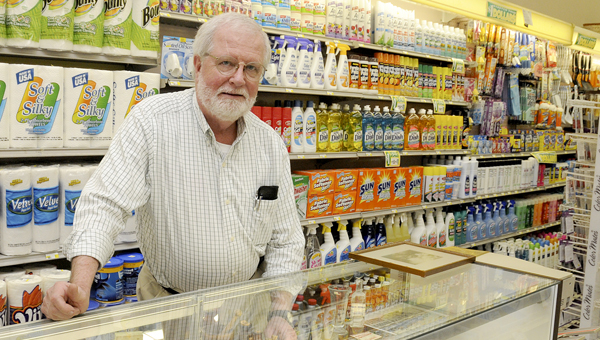 When tough economic times have caused many businesses that once flourished to close their doors, one local business is still standing strong after nearly 100 years.

Swift Drug Co. will celebrate 95 years during an anniversary event Tuesday from 3 p.m. to 6 p.m. at its Broad Street location. The celebration will include a live radio broadcast, refreshments, door prizes and giveaways.

“We feel like we’re so fortunate to help people for so long,” Buddy said. “This day and age businesses don’t last but 10 years; our employees have been very loyal over the years …”

Swift’s legacy began when Buddy’s uncle George A., a pharmacist, and grandfather William P., opened the store in 1909.

“They wanted to open a first class drug store,” Buddy said. “When it opened, it was state of the art. They built up a large, loyal clientele fast.”

After Buddy’s uncle died at the age of 43, Buddy’s grandfather continued the business until his death in 1961, when Buddy’s father and a second uncle took the reigns. Buddy took over in 1972 and has been there ever since.

Buddy attributes “work ethic and good service” as the reasons for the store’s longevity.

“We’ve had hundreds of employees from Selma … we work; it’s not a four-day-a-week job — we’re open seven-days-a-week; it’s a full-time job.

“We’re proud of the service we provide to the people of Selma.”

Swift supervisor Kay Swift, who’s been with Swift for 34 years, said employees go above and beyond when it comes to connecting with their customers.

“We care about everybody and we try to go the extra mile,” Kay said. “We take time out to talk about people’s issues … we enjoy talking to everyone when they come in.”

Kay said the “family” atmosphere is what makes the pharmacy stand out from others.

“We enjoy working together.”

The Swifts’ look forward to the community’s support today.

“We’re really looking forward to a lot of people who grew up in the drugstore to help celebrate with us,” Buddy said.