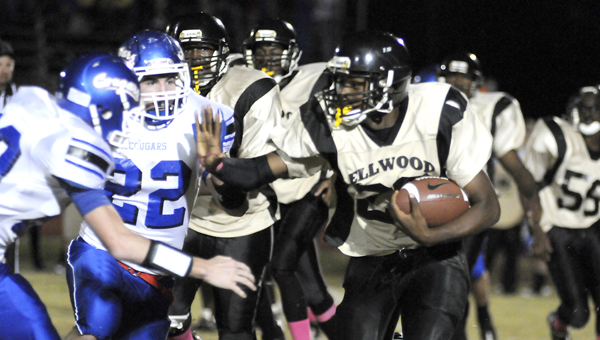 The Ellwood Christian Academy Eagles will hit the road Friday night still in search of their first win of the season.

Stokes said the Rebels are a tough opponent despite their losing record.

“They’re a good team,” Stokes said. “They’re not a Crenshaw, that we played last week, but they run the same offense that Crenshaw runs. If we can keep our offense on the field and theirs on the sideline, we’ll be okay.”

Stokes said his team will have to play a full game like they did the first quarter of least week’s game against Crenshaw, in which they held Crenshaw to seven points and were able to get in the red zone.

“If we play four quarters like we played the first quarter last Friday, I think we could be a lot better,” Stokes said.

The Eagles will enter Friday’s game with a new wrinkle on offense and a new addition to the coaching staff, as they hired former Meadowview Christian School head coach John Glasscock to run the offense.

Glasscock will bring over the Veer offense that he ran at Meadowview.

“He runs a good offense that will fit the type of athletes that we have over here,” Stokes said. “You’ll see a little bit of changes this week and the next game, then we’re going to come back after a week off and get in the weight room. Me and him are going to run one of those rigorous weight training programs to get ready for next year.”

Stokes said Glasscock will be a great addition to an experienced staff.

“I think it’s great and he’s a good asset to the program,” Stokes said. “With him and coach Lem Jones and Mathew Williams, … that’s over 100 years of combined experience that I’m glad to have over here with me because I can learn from those guys.”

Panthers must be disciplined