Glasscock out at MCS 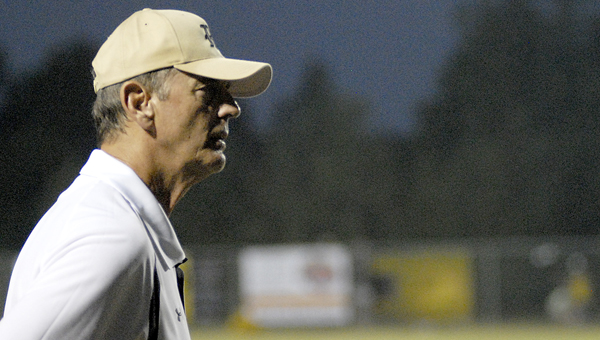 In the midst of a 1-7 season on the gridiron, Meadowview Christian School decided to relinquish John Glasscock of his head coaching duties.

Glasscock did not coach the Trojans last week in their game at Cornerstone Christian Academy.

“The head coaching and athletic director position was taken over by Lebo Jones, who has been on our staff as football, boy’s basketball and baseball coach,” said Miriam Anderson, headmaster of Meadowview Christian School. “Basically, the decision was made to go in another direction. Coach Glasscock is a talented and experienced coach and we wish him well in whatever he wishes to do in the future.”

Anderson said football coach and athletic director hiring decisions are made by the board of directors at Meadowview.

According to Anderson, players were informed of the coaching change on last Wednesday, while Glasscock was informed at an earlier time in the week.

Glasscock said he was asked to step down, and his coaching style did not fit Meadowview.

Glasscock said, despite the move, he thought the Trojans made progress in his tenure, which lasted little a more than a year.

“I didn’t please everybody,” Glasscock said. “I would like to say that I think we made a lot of progress while we were there. I do know when we first went in and the boys reported to practice, we only had 16 boys and that was grades seven through 12. We were dressing out 30 boys this year on varsity. We made a lot of progress there. I think that our team was competitive.”

Glasscock said he is not sure if he will continue coaching, but he has some options and has already applied for some other jobs.

“We’re moving forward,” Jones said. “I’ve got all the respect in the world for coach Glasscock and he taught me a lot. We’re just going to move forward and try to keep a positive attitude.”