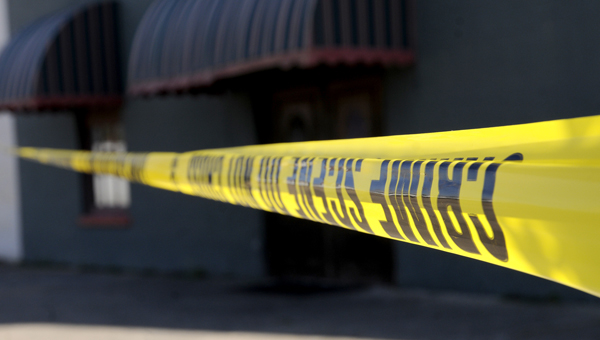 12th Stone, located on Water Avenue, was the site of a shooting early Friday morning that left one person dead and four others injured. -- Tim Reeves

Investigators are still trying to piece together the events surrounding an early Friday morning shooting at a downtown club that left a Selma woman dead and four others recovering from bullet wounds.

According to investigators with the Selma Police Department an argument inside the downtown club 12th Stone turned deadly when 19-year-old DeAndre Fuller left the club after the altercation, went to his car and then came back into the club and allegedly opened fire.

“From what we have learned is that the suspect opened fire, shooting indiscriminately into the crowd,” Selma Chief of Police William T. Riley said. “And, he continued firing, setting off a panic inside the club.”

Riley said hundreds of people fled the club, causing some to get trampled, breaking bones and causing other injuries.

“The woman killed was airlifted to a Montgomery area hospital and was pronounced dead there,” Riley said, adding the fatal shot hit the woman in the center chest area.

Bullets also struck four people inside the club, in addition to the woman killed.

One victim a man, remains in critical condition, after he was struck in the right chest.

At this point, police do not believe any of the shooting victims were the individual or individuals involved in the original argument with Fuller.

“The suspect then left the club, went to his car, and according to witnesses, continued firing into the crowd,” Riley said. “He then left the area in a dark colored, SUV.”

Riley said Fuller was taken into custody later Friday morning, shortly after 8:30 a.m., after he was spotted near 6th Avenue.

“Officer Willie Calhoun spotted the suspect and offered chase on foot,” Riley said. “Other officers set up a perimeter and were able to take him into custody.”

Riley said Fuller has been charged with one count of murder and four counts of attempted murder, but added that those are the charges “right now.”

“You also have to take into account the panic that was caused and the injuries that were sustained by those who were trampled trying to leave the club,” Riley said.

Fuller is currently in the Dallas County Jail, being held without bond.

Police did not release the names of the surviving victims nor the name of the woman killed was not released until members of her family could be notified.

As for 12th Stone, Riley said the club would remain closed while the department considered it a working crime scene. Although police have taken Fuller into custody, they have not recovered the weapon used in the shooting.

“We believe it to be a fairly large caliber handgun, but we have not recovered it yet,” Riley said. “We still have a lot of investigation work to do.”