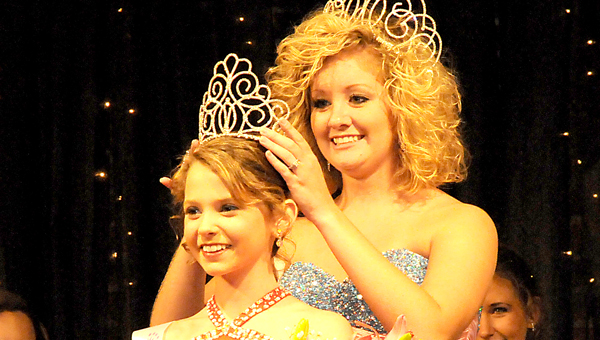 When her name was called, 2011 Junior Miss Central Alabama Fair winner Kinsley Mott said she went through a wave of emotions.

All of them, she said, eventually circled back to shock.

Kinsley, a student at Morgan Academy, said she could not believe it when her name was announced.

“I was totally not expecting it,” said 12-year-old Mott.

“I thought they were going to call one of the teenagers.”

Mott, who said this was her fifth pageant, said it was the first time she has stood at the top of the lineup.

“I’d never won one,” she said. “I’ve finished first, but this is the first time I have won one.”

Mott said the win motivates her to continue entering pageants.

Mott competed against a total pool of 25 girls, many who were seasoned veterans on the pageant circuit.

The Miss Central Alabama Fair pageant will take place Tuesday at 7 p.m. and the Tiny and Little Miss pageants will be held Saturday at 2 and 4 p.m.

Our gift to Kenya