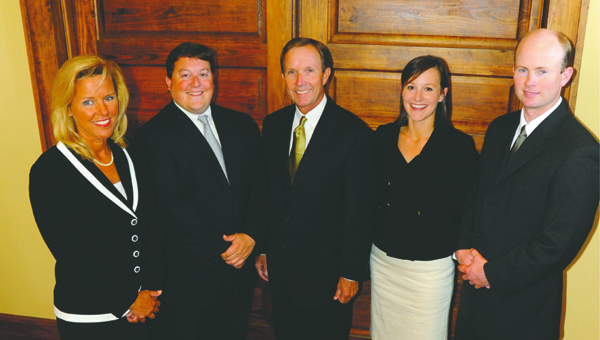 Though they operate in a small town in Alabama, the Boyd Financial Group has gained national recognition.

The group was recently recognized by Barron’s, a sister publication of the Wall Street Journal, as part of the Barron’s 1,000, which recognizes the top firms in the nation.

“Annually they select the top 1,000 financial advisors in the U.S.,” firm founder Tommy Boyd said. “They also make a selection on a per-state basis.”

The award, Boyd said, recognizes the team’s hard work and has been a part of the firm for the last three years.

The primary criteria for the award is the size of the management practice as measured by assets under management. They also consider satisfaction surveys and regulatory records.

In addition to the recognition, the firm also attends the annual Barron’s conference, which brings in some of the top minds in the industry, Boyd said.

“Those are educational conferences with some of the top economists and investment management people,” he said.

Recognition as one of the top 1,000, Boyd said, is gratifying to him and his staff.

“It is a recognition of the team that we appreciate,” he said. “It validates what we try to do every day to provide solid advice and exceptional service. It’s also good to bring that recognition to a small town in Alabama.”

Though they operate under the name Boyd Financial Group, Boyd said they are affiliated with Wells Fargo advisors.

The Selma office is staffed by Tommy and Beau Boyd, Chris Griffin and Mitzi Rollins.

Backed up and fed up

Linda Freeman waits to renew her tag Friday at the Dallas County Courthouse. Because of new requirements from Alabama’s immigration... read more