Southside makes change in the booth 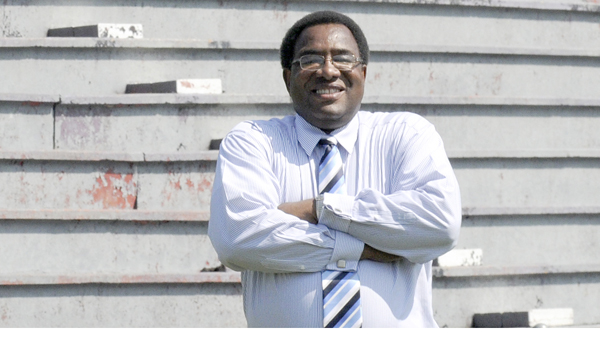 Dallas County Commissioner Curtis Williams, who was once the public address announcer for Southside High School football games until this year, stands in front of the school’s press box in early August. -- Robert Hudson

Known for his memorable catchphrases such as “he’s loose,” Southside High public address announcer Curtis Williams has entertained crowds for the past two decades.

But with just two home games left in the season, Williams won’t be exclaiming his famous slogans that have become a school tradition anymore, as someone else will take his place.

Southside principal Clarence Jackson, who changed the prior announcing style to a more traditional format this school year, said he did so because he didn’t want the verbal expressions used to be a negative influence on students.

“We don’t want a play by play anymore,” Jackson said. “If we were going to do that, I want it to be a professional.”

Williams said Jackson told him earlier in the year that he would no longer make announcements during Southside’s games.

“I was looking forward to announcing the game,” Williams said. “I’d like to think I put a little excitement into the game … I try to get the fans pumped up, get them involved in the game and get them cheering … it encourages their child.”

The new announcer, who Jackson did not mention, would still make announcements during Southside’s homecoming and one of its home games.

Williams, who said he still announces, still has love for his fans.

“I want to be there for the kids,” Williams said.

Williams, who also teaches at the Alternative Learning School at Craig Field, said in a previous interview with the Times-Journal that announcing for Southside has been a “great joy.”

“I just love the children out there at Southside High School,” Williams said. “I enjoy encouraging the boys to do their best.”