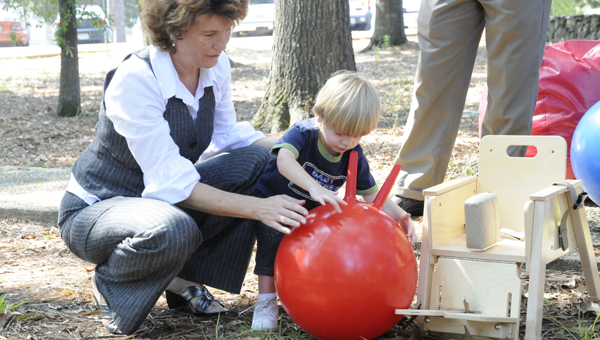 Mayor George Evans and representatives of programs that benefit children with disabilities gathered Tuesday at the Cahaba Center for Mental Health to honor those who helped them increase their capabilities.

The tournament, Cahaba Center executive director Lafon Barlow said, gave programs a huge shot in the arm. Another tournament, she added, is planned for this year.

“The mayors of Valley Grande and Mayor of Selma did their first charity golf tournament last year and did it to raise money for special needs children here in Dallas County,” she said. “This year they are planning on doing it again Nov. 16. It was very well attended last year and the money went to local agencies who work with children with special needs.”

“Those were the agencies that benefited,” she said. “We just wanted to show the public what the money went to buy.”

A number of items were purchased for the every day functions, education and recreational efforts of the children.

After opening the season with losses to Ashford and Sumter, the Meadowview Christian School Trojans finally tasted victory with a... read more