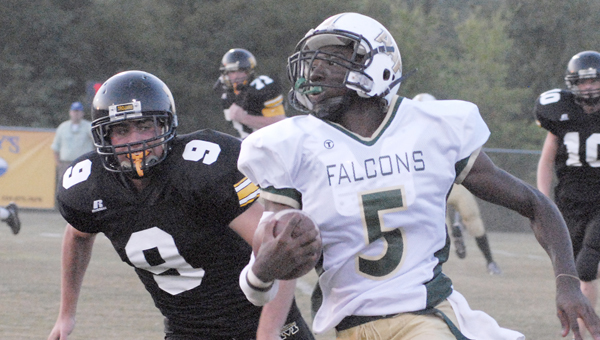 After capturing their first victory of the season last Thursday night at home against in-town rival Ellwood Christian Academy, The Meadow Christian School Trojans will hit the road Friday night.

The Trojans (1-3, 0-2) will head to Prattville to play the East Memorial Christian Academy Wildcats at 7 p.m. Meadowview coach John Glasscock said his team will have a tough challenge when it plays a Wildcats team that’s from a higher division.

Glasscock said, along with athletic receivers, the Wildcats have a tremendous signal caller in Corvin Shaw who is a dual threat.

Glasscock said the Trojans will have to bring the heat to stop the Wildcats’ offense.

Glasscock said the Trojans will have to block well, and throw the ball in order to keep the Wildcats from keying in on the run.

We’re going to also need to hold on to the football because we didn’t do a good job of that last game,” Glasscock said. “Of course Ellwood have something to do with that because they were hitting us hard. So, this week we’re going to work on fumble drills.”