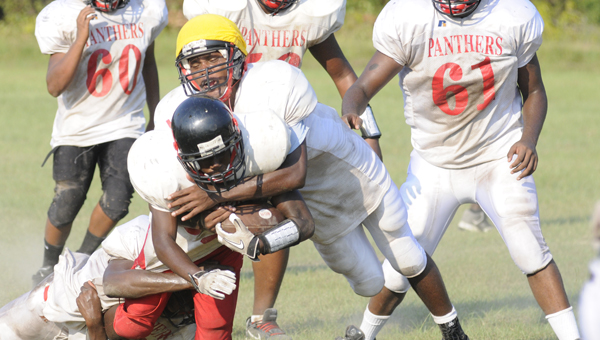 Friday night’s matchup against Selma High School may be Bertrum Crum’s first game as a high school football coach, but that doesn’t mean he’s ignorant of the game’s significance.

The Panthers have begun preparation for Friday night’s game against the rival Selma High School Saints.

“It’s going to be interesting,” Crum said. “Expectations are high and we’re excited about the opportunity to compete. I’m excited about it.”

Crum said he’s focused just as much on preparing his team mentally as he has physically.

“The main thing I want is for our guys to be ready mentally,” Crum said. “This is a big game for us. A lot of our kids are friends with their kids. It’s kind of like playing your big brother, and I say big brother because they’re the bigger school.”

Crum said when his team looks across the field on Friday night, they’ll be staring at the most talented team in the city.

“They’re talented and they’re athletic,” Crum said. “They’ve got a quarterback who’s probably going to sign a division I scholarship, plus they’ve got a defensive end that can play anywhere. They’ve got a lot of athletes. Athletically, I don’t think there’s a better team out there.”

Crum said his team will need to be focused if it wants to knock off a talented Saints team.

“I think we need to come in focused on the task at hand,” Crum said.

“I think we need to play to the end, not give up and don’t quit regardless of what the scoreboard says. If we can stay focused throughout the full duration of the game, and don’t quit, I think we’ll be okay.”