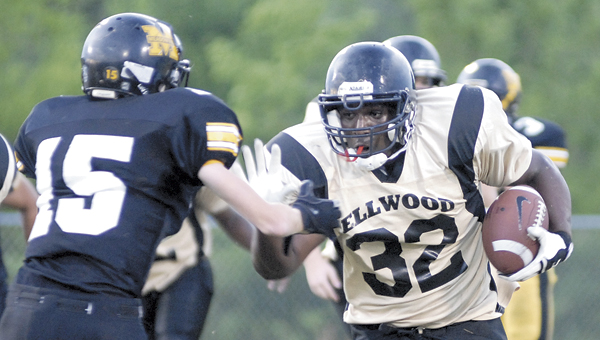 Three AISA teams in Selma are getting ready for their season opener on Aug. 19, and even though little league baseball and softball is going on, teams are looking forward to football.

The Morgan Senators have a tough early schedule they have to make it through in order to make it back to the 3A playoffs yet again.

“It’s just so front loaded,” Senators’ coach Brian King said. “The fist five games we have are very difficult. So we are going to have to fight early on and come out perfect if we want to get where we want to go.”

The Senators will play three of their first five games on the road, including Edgewood Christian and Bessemer Academy, both of whom will be difficult matchups.

“Those are the best our division has,” King said. “It’s not going to be easy having to face them on the road at all, but we just have to play hard.”

If Morgan can survive and pick up a couple of early region wins, the backside of the schedule evens out a little more giving them a chance to make up ground if needed.

“Even though the last two games are against 2A teams, they are the a couple of the best of that division,” King said. “But we want to be the best and to do that, you have to play the best.”

Meadowview Christian School, under the second year of head coach John Glasscock will be looking toward a much better showing than their 1-9 effort last season.

Glasscock thinks it can happen though with the continued work of his players.

“I’m really optimistic about what we can accomplish this year,” said Glasscock. “We have a group of kids that have sold out to what we are trying to do with our summer workout plans and weightlifting.”

Like Morgan, the Trojans have to go on the road early in the season.

Three of the five will be away from Meadowview against Sparta, Autauga and East Memorial Christian Academy.

The Trojans do get new city rival Ellwood Christian Academy at home in game four and both coaches have talked about how excited they are to have this new rivalry available.

If MCS can continue their strong work, Glasscok thinks his team can make a giant push forward this year.
“The goal at the beginning of the year is to make the playoffs,” said Glasscock. “I know right now that we are quicker and stronger than last year, but we still have to work. Making the playoffs would be great for our school though.”

ECA, making its first starts in 11-man football under the new school title, picks up the former Dixie Academy’s schedule.
The Eagles have a schedule that is back and forth, alternating between home and away games each week, which can only make things difficult for the young football team. Right now, each team has their hopes high and a clean slate. It’s now up to the players to get the job done.

The Keith Bears are on a roll. For the past three years, the Bears have made the playoffs and hope... read more