Coming home to Selma and the YMCA 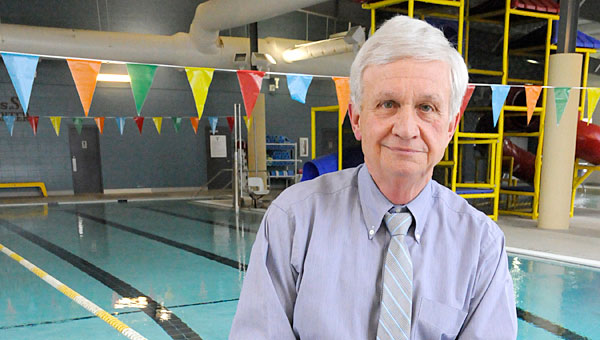 As you follow Bill Porter around the weight rooms, hallways and meeting rooms of the Selma-Dallas County YMCA, it’s hard to believe he ever moved away from Selma.

“Hey Bill,” one person would say. “Welcome back, Bill,” another would say. “How are your sons doing,” a gentleman walking briskly on a treadmill asked as Porter walked by. “They’re doing fine. Thanks for asking,” Porter responded.

Although his first day as the new chief executive officer of the Selma-Dallas County YMCA was Tuesday, Porter’s ties to the YMCA are more than six decades in the making.

As a child coming to the YMCA, the Selma native would learn from YMCA leaders and legends such as Paul M. Grist, program director and camp director Wendell Parrish and physical director Pat Knight. “I grew up in the basketball program and other at the YMCA,” Porter said. “I had great parents, but the YMCA taught me so much because of the leaders at the time.”

“I had great experiences at Camp Grist,” Porter said. “I wouldn’t give anything for my years growing up with the YMCA and being part of the YMCA.”

YMCA president Davis Henry and the board of directors hired Porter as CEO this week.

Although he had served as a member of the YMCA board of directors in the past, his return to Selma after three years of living in Auburn, and taking over as the CEO of the YMCA is a “dream come true.”

As for the facility he now oversees, Porter is still amazed at what the Y now offers.

Now, with the help of the Y’s board of directors, Porter’s focus is on building the YMCA, its programs, its membership and its involvement in the Selma and Dallas County community.

“This Y has done an outstanding job of creating programs and getting the membership. And we are looking to expand on that,” Porter said. “I want to get out in the community and talk to people, find out what they want the Y to do; what Selma needs and what would benefit Selma and its citizens.”

Porter is married to the former Karen Wall of Selma, who is an education administrator with the state Department of Education in Montgomery and they are the parents of three children; Bill Porter Jr., Poplarville, Miss.; Steve Porter, Panama City, Fla.; and Wes Porter, Selma.

So why did Porter remain so connected to the YMCA, continuing his involvement with the organization from the late 1940s to today?

“I stayed active with the YMCA because I love the Y and what it means and has meant to the community,” he said.

Officers responded to a shots fired call at the Ramada Inn on Highland Avenue early Thursday morning. According to Selma... read more