What’s in a Name? Former school leader loved the arts 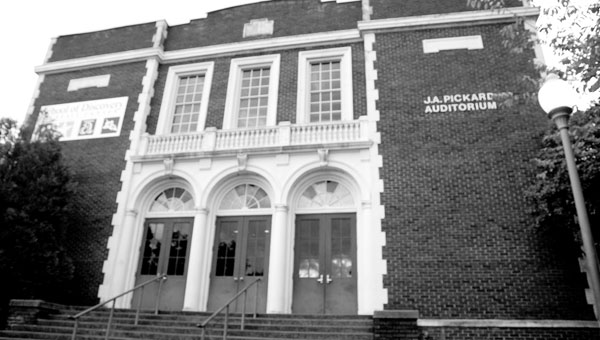 Joseph Allen Pickard, superintendent of the Selma City Schools for 27 years, and the namesake of the auditorium at the School of Discovery, loved the arts.

To honor him, the auditorium was named for him around 1983, the time of his retirement.

“He was a very strong supporter of the art, of all kinds, and felt that all people gain from exposure to the arts, participation in the arts, and he wanted a place for the community to be able to join in too,” said Madeline Parsons, a close friend of Pickard.

At the time, Selma High School’s auditorium was able to hold more people, but the quality of the auditorium at the School of Discovery was newer and nicer, Parsons said.

Pickard did not donate much, or any, money to the project, and was surprised and humbled to have the auditorium named after himself, Parsons said. He only donated his time, which he spent instilling a belief in the arts for the school system.

Pickard was a strong supporter of public education and managed the system well in a time when Selma struggled politically and socially with the civil rights movement.