Former Times-Journal news editor and sports editor Tim Reeves has been named the editor of the newspaper. Reeves will begin work after the Labor Day holiday.

Reeves, a native of Alabama’s Gulf Coast, most recently worked as editor of Suffolk Publications in Suffolk, Va. He last worked in Selma as news editor in 2000. 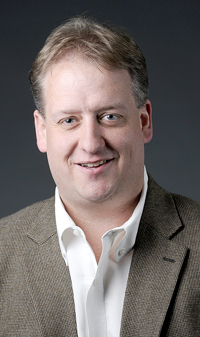 “My time in Selma was some of the most exciting and fulfilling moments of my career,” Reeves said. “I am excited about coming back to the Black Belt and helping strengthen the Times-Journal’s position as the community’s news leader.”

In addition to his time in Selma, Reeves has worked as editor with DFW Community Newspapers in the Dallas metroplex, editor of The Clanton (Ala.) Advertiser and publisher of Tallapoosa Publishers, Inc. in Alexander City.

Times-Journal publisher Dennis Palmer said having Reeves lead the news staff of the newspaper and contribute to the betterment of the community is a win-win for all.

“I’m excited that someone with Tim’s depth of experience both as an editor and publisher of community newspapers will be joining the staff,” he said. “Tim has proven in the past that he understands the role a quality community newspaper plays in helping move a community forward, something he’s been successful at everywhere he’s been.”

Reeves said he was looking forward to living in Selma again and being part of the community and the community’s newspaper.

“The Times-Journal plays an important role in the Selma and Dallas County community and has a rich history that I am proud now to be a part of,” Reeves said. “I look forward to getting moved and involved in the community again as quickly as possible.”

Leesha Faulkner has been named as director of Digital Media for The Selma Times-Journal, selmatimesjournal.com and affiliated publications and websites.... read more