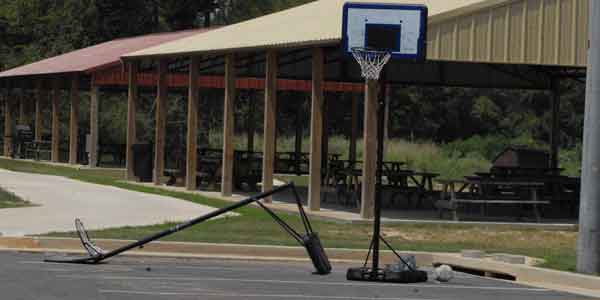 SELMA — Widening her eyes and dropping her jaw, Tearra Smiley, 13, stared in disbelief.

“What?” she said. “It’s the only place I could hang out without my parents.”

Taylorville Family Fun Entertainment Center closed its doors Sunday, a surprise to patrons such as Tearra, but not to the company.

“I feel like we were pushing it like we should have been, but we just didn’t have the volume to make it work,” Taylor said.

In April, Taylorville celebrated its 1-year anniversary. At that time, Taylor said he had plans for expansion of the entertainment center on the 20 acres behind the building for concerts and other events. He had envisioned a go-to place for families to hold celebrations and to have fun.

Sheryl Smedley, director of the Chamber of Commerce, is disheartened by the business closing.

“It was a huge investment into our community,” Smedley said. “I was shocked when they said they were closing. It’s a place for young people to go to, and now that’s one option they won’t have anymore.”

Alexia Moore, 13, enjoyed the dances, laser tag and birthday parties at Taylorville and is also saddened by the closing.

“That was the only place we could go,” Alexia said. “We don’t like to go to the skating rink.”

Taylor plans to sell the building, land and all gaming pieces.

He will place all his attention to his medical practice, Taylor Internal Medicine on U.S. 80 West.

For those of us rapidly approaching the 65 life-mile-marker and those already there. This is the 75th anniversary of FDR... read more