Cleaning up the neighborhood 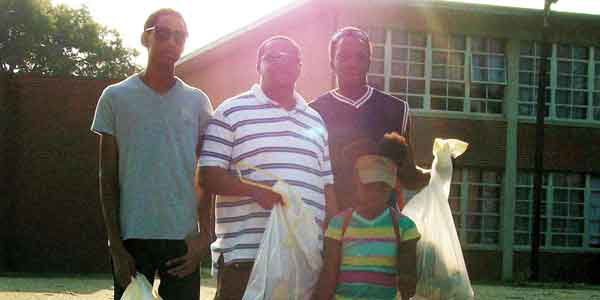 “Keeping the schools clean and safe is a priority and has an affect on our children’s attitudes, thus I began speaking and acting on this immediately after taking this seat,” Chestnut said.

“A total of four-13-gallon bags were filled,” Chestnut said. “Since school begins Aug. 9, we wanted to assess the conditions of all the campuses.”

“I plan on supporting him anyway I can,” Chestnut said.

The District 3 school board member said he has told Jefferson about plans to clear the fence lines and around air conditioning units at Byrd; to clean around the base of the large trees at Clark and to repair fence and playground equipment at Sophia P. Kingston.

“School of Discovery is ready to open its doors,” Chestnut said.

The school board member said he has received many comments and recommendations from the community, throughout the system, from parents and students in the district. Chestnut said he looks forward to the challenges in a new school year.