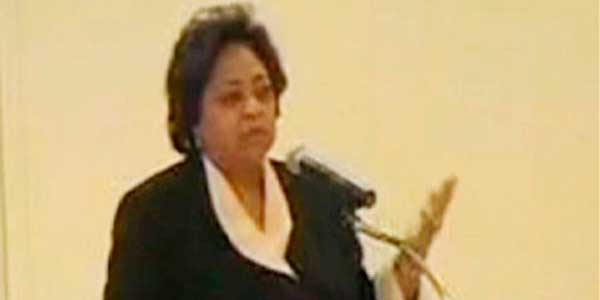 WASHINGTON (AP) — The White House did a sudden about-face Wednesday and begged for forgiveness from the black Agriculture Department employee whose ouster ignited an embarrassing political firestorm over race. She was offered a “unique opportunity” for a new job and said she was thinking it over.

With lightning speed, the controversy moved from Monday’s forced resignation of a minor U.S. Ag official in Georgia to Tuesday’s urgent discussions at the White House amid a rising public outcry and then to Wednesday’s repeated apologies and pleas for Shirley Sherrod to come back.

Sherrod said she resigned under White House pressure after the airing of a video of racial remarks she made at an NAACP gathering more than two decades ago. But Agriculture Secretary Tom Vilsack said repeatedly on Wednesday that the decision had been his alone.

“I asked for Shirley’s forgiveness and she was gracious enough to extend it to me,” he said after reaching her by telephone.

Sherrod, in a phone interview with The Associated Press, said, “They did make an offer. I just told him I need to think about it.”

The controversy threatened to grow into more than a three-day distraction for Obama’s administration, with important midterm congressional elections nearing and partisan feelings already running high. President Barack Obama said nothing publicly about the developments while administration officials tried to simultaneously show his concern and to distance him from the original ousting.

It all began with the airing of a video on a conservative website of Sherrod’s remarks about not doing all she could to help a white farmer. After she was told to resign — with the NAACP declaring its approval — the situation grew more complicated when the rest of the edited video was released by the NAACP and Sherrod insisted her remarks were about reconciliation, not the stoking of racism.

By Wednesday afternoon, White House Press Secretary Robert Gibbs was apologizing to Sherrod “for the entire administration” and saying that officials did not know all the facts when she was fired and should have investigated more. He said he didn’t know if the president would talk to Sherrod himself.

The president had been briefed, Gibbs said, and “he talked about the fact that a disservice had been done, an injustice had happened and, because the facts had changed, a review of the decision based on those facts should be taken.”

Said Vilsack, who also met with the Congressional Black Caucus, “This is a good woman. She’s been put through hell. … I could have done and should have done a better job.”

“Shirley and I talked about a unique opportunity at USDA,” he said. “With all that she has seen, endured and accomplished, it would be invaluable to have her experience, commitment and record of service at USDA. I hope she considers staying with the department.”

“I accept the apology,” Sherrod said on CNN after watching Gibbs talk to reporters on television. But she said the apology took too long.

Sherrod, appointed to her job last July, was asked to resign after conservative bloggers posted a video of her saying she didn’t initially give a white farmer as much help as she could have 24 years ago, when she was working for a farmers’ aid group. Sherrod said she used the story in her speech to the NAACP to promote racial reconciliation and that the edited video distorted her remarks.